In stock
Ask for quote

Ultra high speed six axis picker robot. The Delta FANUC M-3iA/6A has a unique structure featuring 3 rotational axes at the wrist. It is ideal for high speed picking and assembly operations. This M 3iA/6A features a 6kg payload and can be mounted on the ceiling.

Coupled with the state of the art R-30iA controller.

The R-30iA controller needs less than 1 minute to start (and even less with the basic software only). In case of power failure:

Robot program restarts much quicker than with any PC-based program (non-Windows operating system).

The resume hotstart function allows restarting safely and continuing production after power failure: no need to re-do the whole movement.

Unique resume tolerance check: in case of any program interruption, the robot automatically memorises its position before failure. When the program continues, it checks whether the robot has been moved outside of a preset tolerance. This avoids unexpected movements and collisions.

Thanks to enhanced hardware and software capacities, the R-30iA controller offers much better robot vibration control. This greatly reduces the robot’s acceleration and deceleration times, leading to reduced cycle times.

This allows fast and economical back-ups and restore of data and programs.

Handling of parts , Assembly of parts 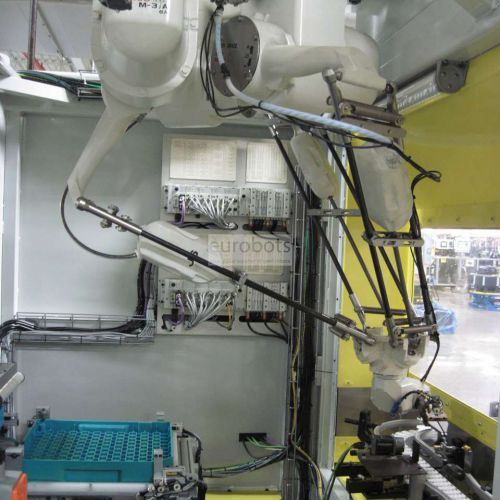 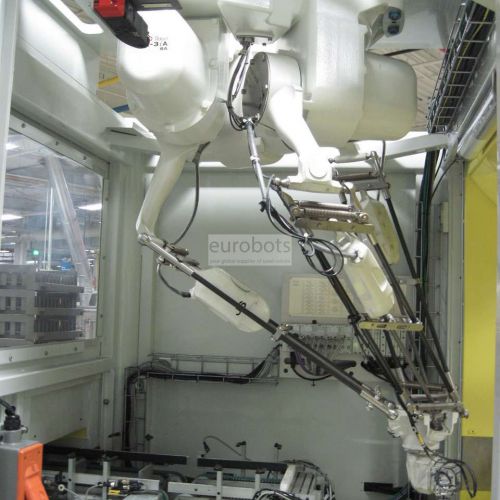 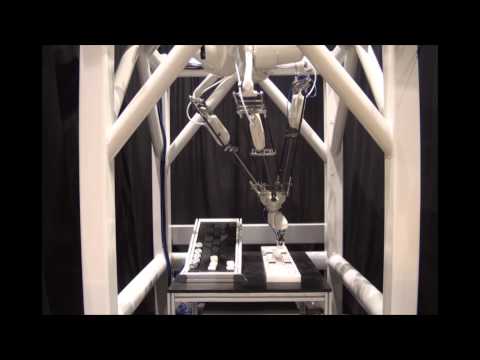 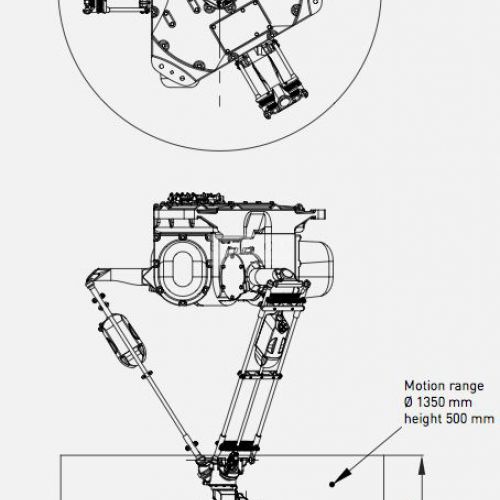